How to set up the chessboard 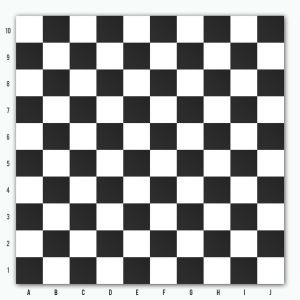 Arrangement of the chess pieces on board 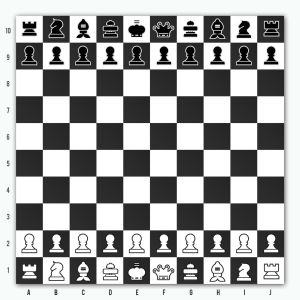 At the beginning of the game the chess pieces are arranged the same way each time. The corners of first rows (bottom) are filled with rooks, then the knights next to them, followed by the bishops, guardians next to them, and finally the queen (white queen on white square, black queen on black square), and the king is placed on the last remaining square of the first (bottom) row. The second row (or rank) is filled with ten pawns.

Movement of the chess pieces 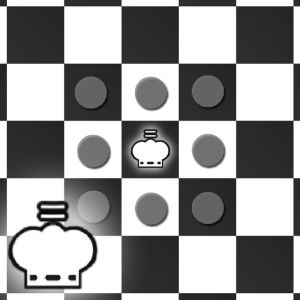 The king is the most important piece, but is one of the weakest. The king can only move one square and in any direction - up, down, to the sides, and into all diagonal sides. The king may never move himself into check. When the king is attacked by another piece this is called "check". 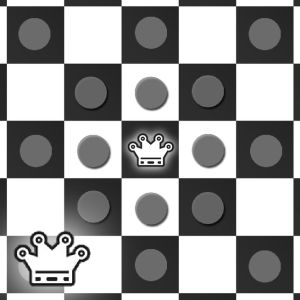 The queen is the most powerful piece. She can move into any direction - forward, backward, sideways, or diagonally - as far as possible as long as she does not move through any of her own pieces. And if the queen during her movement to a target square captures an opponent's piece which is on the target square, her move is over. 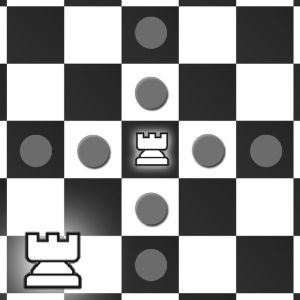 The rooks are particularly powerful pieces when they are protecting each other and working together. The rook may move as far as it wants, if there is no piece in its way, forward, backward, and to the sides and cross the whole board. 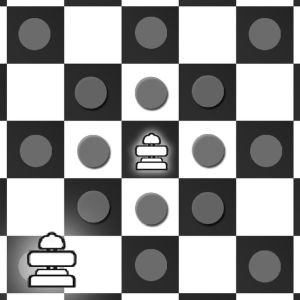 The guardians are particularly powerful pieces which move one or two squares forward, backward, to the sides and diagonally if there is nothing in their way. 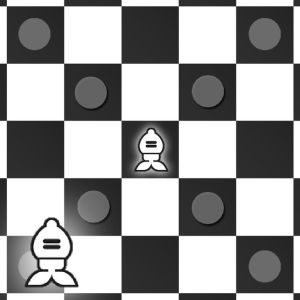 The bishops work well together because they cover up each other's weaknesses. The bishop may move as far as it wants, but only diagonally on one colour (light or dark) if there is no piece in its way, and also cross the whole board . This rule does not change during the whole game. 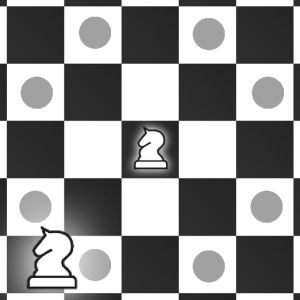 The knights are the only pieces that can move over other pieces. Knights move - go two squares in one direction, and then one more move at a 90 degree angle, just like the shape of an “L”. 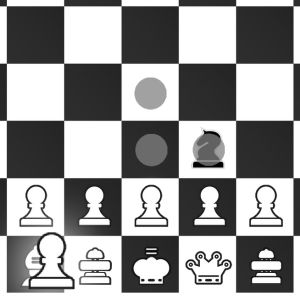 The pawns are pieces that move forward but capture diagonally. Pawns can only move forward one square at a time, except for their very first move where they can move forward two squares. If there is another piece directly in front of a pawn he cannot move past or capture that piece.

The pawns may capture the opponent´s pieces on one square only - the square in front of them diagonally, they do not move backwards. 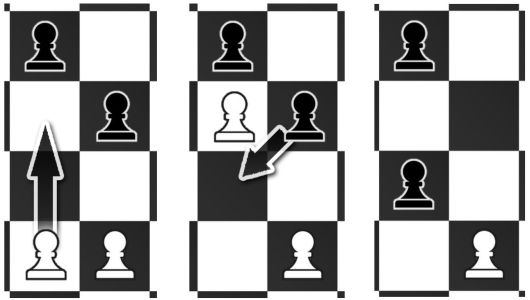 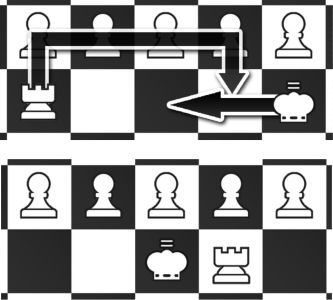 This move allows the player to do two important things: move the king for two squares over to one side and then move the rook from that side´s corner, next to the king, to the opposite side. This move is mainly used to protect the king, or as a fast rearrangement and getting the rook into the game. However, in order to castle, the following conditions must be met: it must be that king's very first move and the rook's very first move, there cannot be any pieces between the king and rook to move, the king may not be in check or pass through check. The castling has two variants - castling short (kingside) and castling large (queenside). Castling short is when the king is closer to the side of the board and castling large is the movement to the other side, through where the queen sat, and the king always moves only two squares.


Promotion of a pawn

Promotion of a pawn is a special ability when it can be exchanged for any captured piece of the player who lost its piece - such player may do the promotion. The pawn may become any other chess piece only if the pawn reaches the other side of the board.

Who makes the first move

The player with the white pieces always moves first. Then the player with black pieces follows, then white again, then black and so on until the end of the game. It is up to an agreement of the players who will make the first move, or they may toss. Tossing may be made by way of flipping a coin or having one player guess the color of the hidden pawn in the other player's hand.

Chess games may end with a draw. There are five reasons why a chess game may end in a draw:
1) There are not enough pieces on the board to force a checkmate (example: the king and a bishop versus the king himself).
2) The players agree to a draw (if the player to move is not in check but can´t move anyway as by moving to any direction he would get into check.)
3) Fifty consecutive moves have been played where neither player has moved a pawn or captured a piece.
4) The players declare a draw if the same exact position is repeated three times in a row.
5) Stalemate / Pat is a situation in the game of chess where the player whose turn it is to move is not in check but has no legal move.

The chess game ends by checkmate, with a draw, by resignation, by forfeit on time. The purpose of the game is to checkmate the opponent´s king. This situation happens when the king is put into check and cannot get out of check, or escape it, or by capturing the piece endangering the king, covering / hiding the check by other piece, no escape is possible, castling is not possible. If such situation occurs the game is over.

Chess notation was invented so that we could analyze chess games after playing them. Thanks to it we can register the whole game in writing, reproduce it and analyse. Each square has an exact coordinate and each piece is represented by an initial (N for knight, B for bishop, G for Guardian, Q for queen, R for rook, and K for king).

Most tournaments use timers to regulate the time spent on each game, not on each move. Each player gets the same amount of time to use for his entire game. Once a player makes a move he then touches a button on the clock upon which he starts the time for the opponent. If a player runs out of time and the opponent calls the time, then the player who ran out of time loses the game - if the opponent does not have enough pieces to checkmate, in which case it is a draw.

You will be forwarded to your next match in 8 seconds